This Visual Language workshop is an introduction to and brief exploration of how a visual theatrical language can work. Using visual texts as a basis for exploration, participants will have an opportunity to play with visual ideas and consider a myriad of visual possibilities within ‘storytelling’ to create a short visual narrative using choreographed movement and sign mime.

Sign Mime is a technique whereby the performer remains stationary using their bodies and hands to visually represent objects, events or actions. It is a technique which adds visual and physical special effects to a narrative.

A Glasgow-based Singaporean, Ramesh Meyyappan is a theatre maker who develops performances using an eclectic mix of visual and physical theatre styles. Ramesh continually seeks to develop and extend his theatrical visual vocabulary, for example incorporating circus techniques, bouffon, puppetry and illusion within his work. He enjoys the challenge of creating strong narrative visual work.

Since Ramesh moved to Scotland, he has played an important role in raising deaf awareness within the Scottish theatre community. He works tirelessly to make his work mainstream, accessible both to deaf and hearing people.

Over the years, his solo performances and collaborations have toured nationally and internationally (over 20 countries) to much critical acclaim – www.rameshmeyyappan.org. 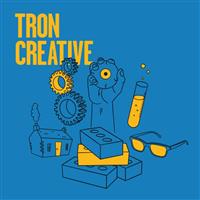