Tron Theatre Company in a co-production with One Ren presents

So sets the scene for a new John Byrne musical play written in the vintage style that audiences have come to love through his classic masterpieces The Slab Boys trilogy and TV hits Your Cheatin’ Heart and Tutti Frutti.

Telling the tale of a young skiffle band trying to make it, Underwood Lane has it all: style, fierce love rivalry, broken hearts, dodgy dealers, religion, sex, death, and is written in memory of John’s Paisley buddy, Gerry Rafferty, who was born and brought up on the titular street.

Brilliantly funny and packed with iconic songs from the early sixties played live by a cast of ten actor-musicians under the musical direction of Hilary Brooks (Sunshine on Leith, Glasgow Girls), Underwood Lane, with set design by Becky Minto and costume design by John himself, promises to be a very special production for all lovers of Scottish theatre.

A co-production between Tron Theatre and OneRen and supported by Renfrewshire Council through the Future Paisley programme. 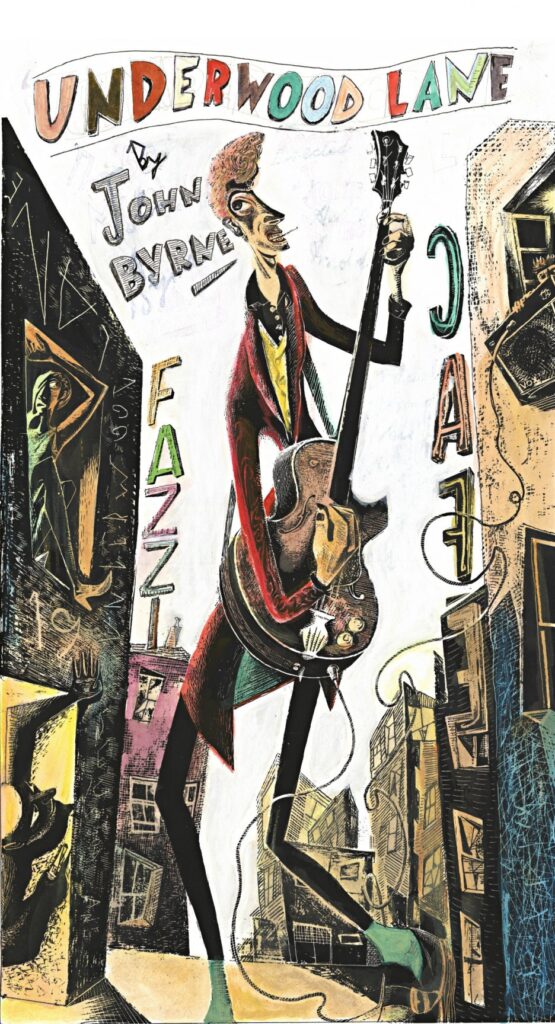