Welcome to The Bunker. The apocalypse is coming, and it’s coming for you bitch!

In a secret bunker, a group of feminists are taking matters into their own hands as they contemplate impending doom and ask if it’s all too late to turn things around. Meanwhile, a traveller lands in the year 802,701 to discover the fate of future humans and tries to unravel how it all came down to this.

Join this fiery and furious company of extremists for a tale of time travel, survival and human evolution in a bold and irreverent reimagining of H.G. Wells’ science fiction classic.

“funny, heart-warming and just glorious.” ★★★★★ – Three Weeks on At A Stretch

Supported by Creative Scotland Touring Fund
In association with Platform 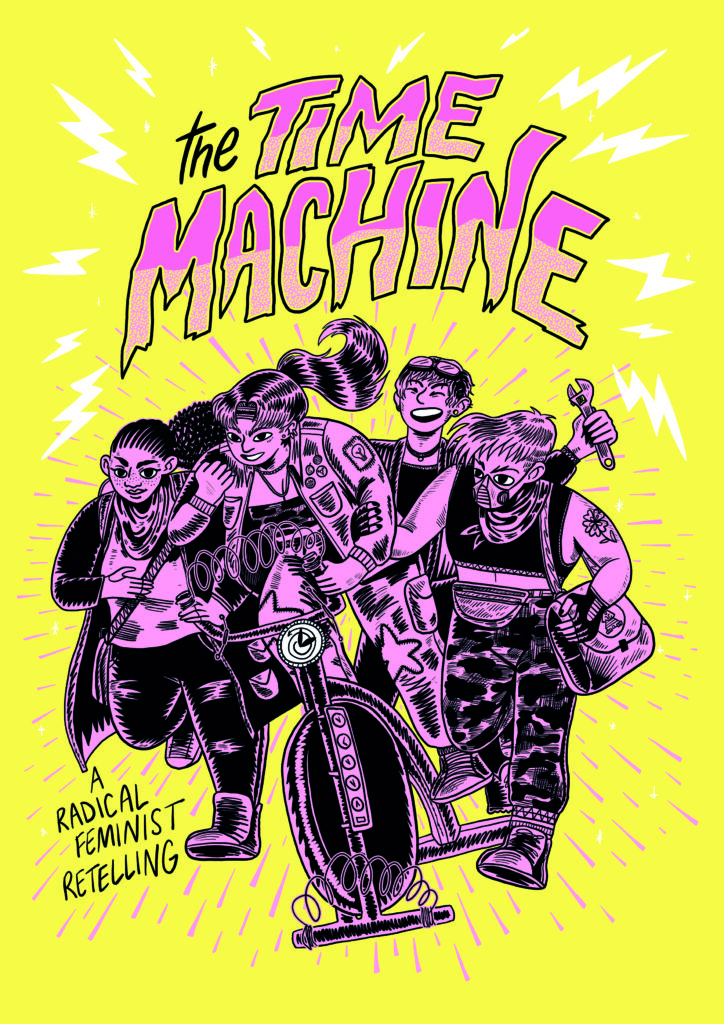