Two actors, Her (Emmanuelle Laborit) and Him (Ramesh Meyyappan) rehearse backstage for a performance. When the curtain goes up, a clown and the woman the clown adores perform the rehearsed routines. But things go wrong. They argue. Who is it arguing though? Her and Him or their characters?

Inspired by the poetic realism of classic French cinema, La Performance is an extraordinary piece of entirely visual theatre.

“IVT- International Visual Theatre, Paris first came onto my radar after working with Tron Associate, Ramesh Meyyappan on his show Off Kilter and to now be able to devise a piece of entirely visual work with him and IVT Director (and celebrated deaf performer), Emmanuelle Laborit has been a very exciting experience. Taking our inspiration from classic French cinema of the 1940s, with its emotional intensity and combination of comedy and tragedy, we hope that La Performance will draw audiences deeply into the story of a complicated and doomed relationship. Expressive, extraordinarily beautiful and painfully real at the same time, it will be our homage to that French cinematic genre as well as a rare insight backstage, both before and after a theatre performance, where the atmosphere is heavy with nervous tension. (Andy Arnold, Director)

With Ramesh Meyyappan and Emmanuelle Laborit and Composer/Performer Ross Whyte

La Performance is funded by the British Council’s International Collaboration Grants, which are designed to support UK and overseas organisations to collaborate on international arts projects.

IVT – International Visual Theatre is directed by Emmanuelle Laborit and Jennifer Lesage-David. IVT is supported by the French Ministry of Culture (Direction Régionale des Affaires Culturelles d’Ile-de-France; Délégation Générale à la Langue Française et aux Langues de France), by the city of Paris and by the Region Île-de-France. La Performance is supported by The French Institute and the City of Paris. 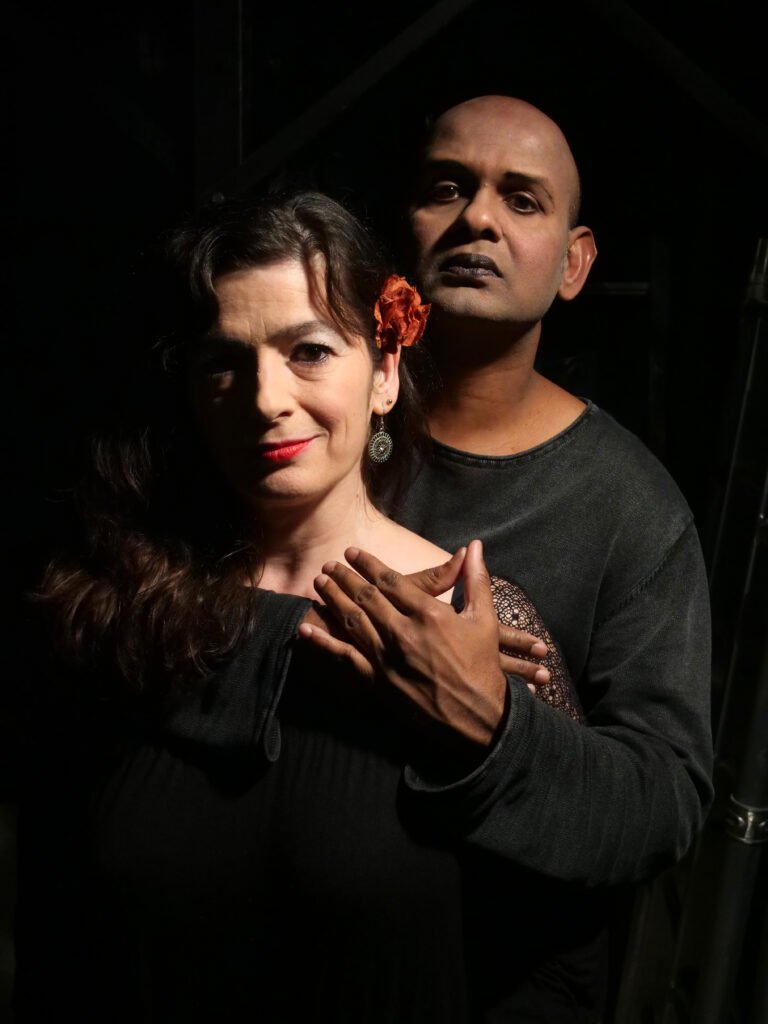