Krapp’s Last Tape with Go On

Everyone talks to themselves…don’t they?  This thought-provoking double bill from the Citizens Theatre takes things one step further and explores what happens when you dare to interact with previous and future versions of yourself.

In Samuel Beckett’s seminal Krapp’s Last Tape, an older man reflects on his youth. Sitting alone on his 69th birthday, Krapp (Niall Buggy) listens to a recording of his younger self, rewinding through his life with humour and heartache.

In Go On, Jane (Maureen Beattie) considers how an AI replacement might allow her to exist in the future. Sitting in her sleek kitchen, Jane teaches Jayne the essentials of her life, and the loves and losses that have shaped her.

Inspired by Beckett’s iconic work, Go On is the world premiere of a new play by one of Scotland’s most important voices, Linda McLean. Together, these stripped-back and intimate productions offer a raw and emotional experience that speaks to our own sense of mortality with a wry, dark humour.

Two leading actors of their generation, Niall Buggy and Maureen Beattie are directed by Dominic Hill, renowned for his “talent for classical drama which is genuinely world class.” (Daily Telegraph).

Free Programme
A limited number of printed programmes will be available at the show. Help reduce paper use and view your programme online. Read a note from the director, view the full version on desktop or browse our mobile friendly version on the day.

Krapp’s Last Tape is presented in association with Leeds Playhouse.

“Directed by Dominic Hill, Niall Buggy gives a grippingly angry, burnt-out performance punctuated by mirthless snorts of laughter at the vanity and stupidity of his younger self, while conveying the utter nihilism of realising that you have sod all to show for your three-score years and ten.”  **** The Times 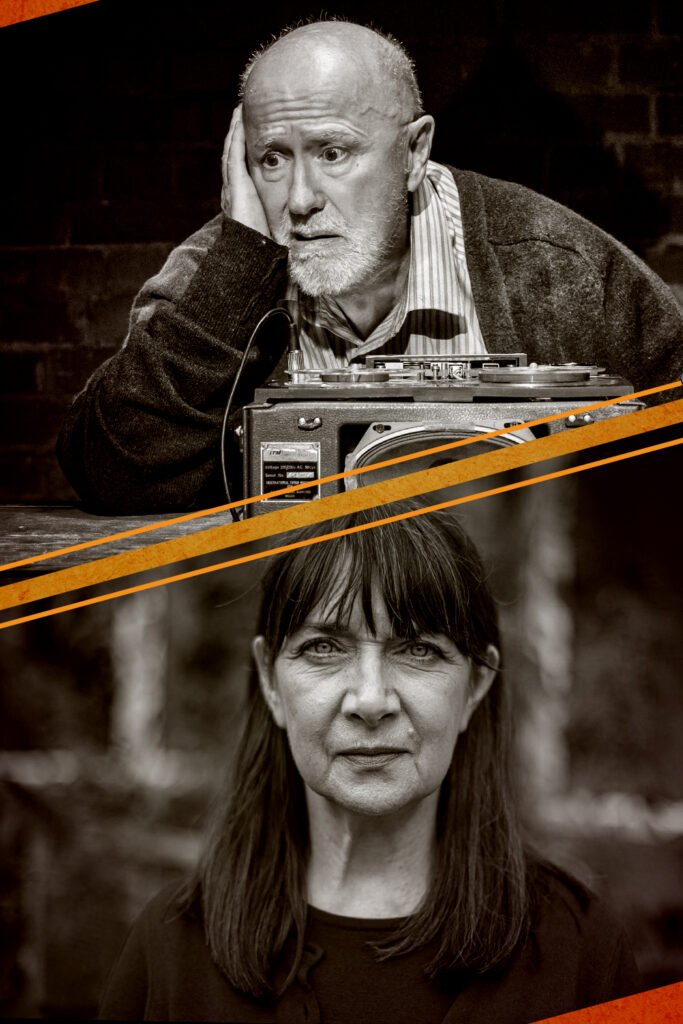