written by Uma Nada-Rajah
Recommended Age Guide 16+ | contains violence to others, strong language, adult themes, explicit references to sex, references to the process of seeking asylum, references to experiences of homophobia and systemic racism, references to suicide and depictions of harm to a clearly artificial baby. Haze, loud noise, flashing lights and strobe-like lighting are used throughout the show.
Audio Described
Captioning
BSL

How far will a politician go?

Bold, satirical and uncomfortably funny, Exodus explores systematic deception and the indifference to human suffering. In her bid to become the country’s leader, Home Secretary Asiya Rao prepares to make a major policy announcement that will establish her as the front-runner of the political race.

Alongside her cut-throat and calculating advisor Phoebe, she embarks on a publicity stunt starting with a photo shoot by the white cliffs of Dover. But rather than the tide washing her reputation clean, something else washes up… An omen or an opportunity? The women are determined to keep their eyes on the prize, no matter the cost, even if it’s a human one.

Part of the Made in Scotland showcase 2022.
Image credit: Peter Dibdin 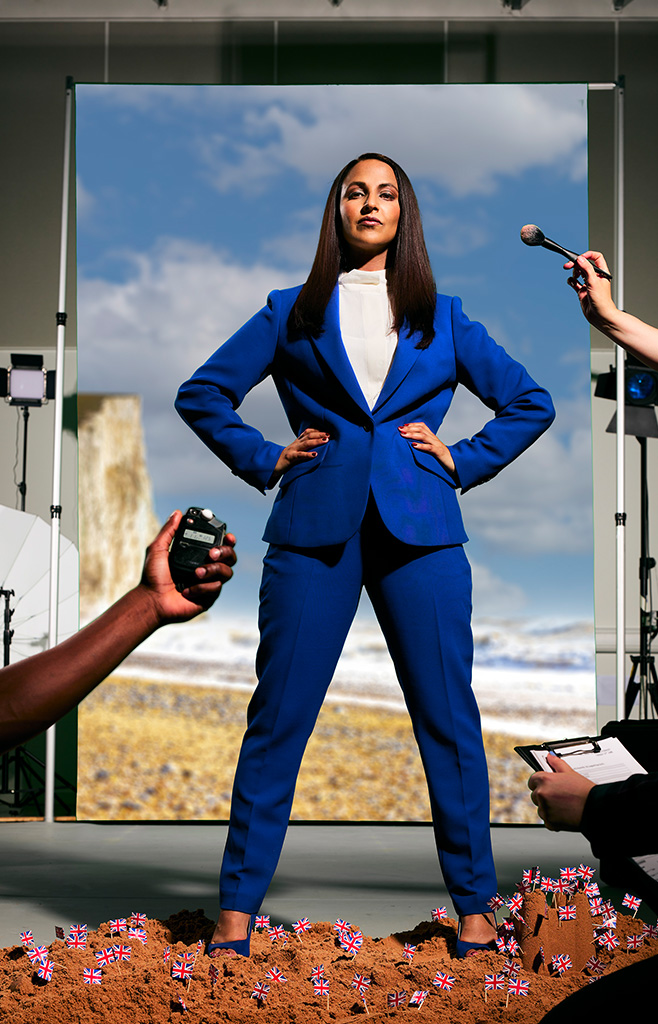