A sonic piece of theatre created for COP26

‘I am not just water. But life itself. I have seen the ships come and go. And now? Who will harness my power for good?’

Over the course of six months, Tron Young Company, Letters to the Earth and ÚNA Festival have supported six young Glaswegians to exchange with young activists in Colombia exploring ideas around climate change and indigenous place-based wisdom. The research has fed directly into the creation of a new audio theatre piece, Retro/Future.

Looking to the future from the past, and looking at the past from the future. A cycle of life and of water. Clutha, the Goddess of the Clyde, takes us on a journey along the River Clyde to tell her story of what she has seen and where we are going. Exploring what we hope for, what we have inherited from our ancestors, and what we wanted our world to look like when our future was still ahead of us.

Tron Young Company launched Retro/Future in the GreenZone at COP26 on Friday 12th November at 4pm with their short documentary film followed by the opportunity to directly address the audience, and share experiences and learning from the cultural exchange.

Through ÚNA Festival, Indigenous Elders brought to life Clutha, the Goddess of the river. They invoked the goddess of the water, offered a ‘blessing’ of the waters from their traditions, which gave both the Young Company and the Glaswegian audience an experience unlike any they had encountered before.

Letters to the Earth complemented this audio-visual act by facilitating dialogue between everyone in the venue –Tron Young Company, Indigenous Elders and the audience, encouraging them to deeply consider their hopes, dreams and fears for the future and to write and share their own Letters to the Earth.

Retro/Future was available to listen to as a podcast from 12th November 2021 until the 4th February 2022.

WATCH OUR MINI-DOCUMENTARY ON THE MAKING OF RETRO/FUTURE HERE:

Project Partners: Letters to the Earth and ÚNA Festival 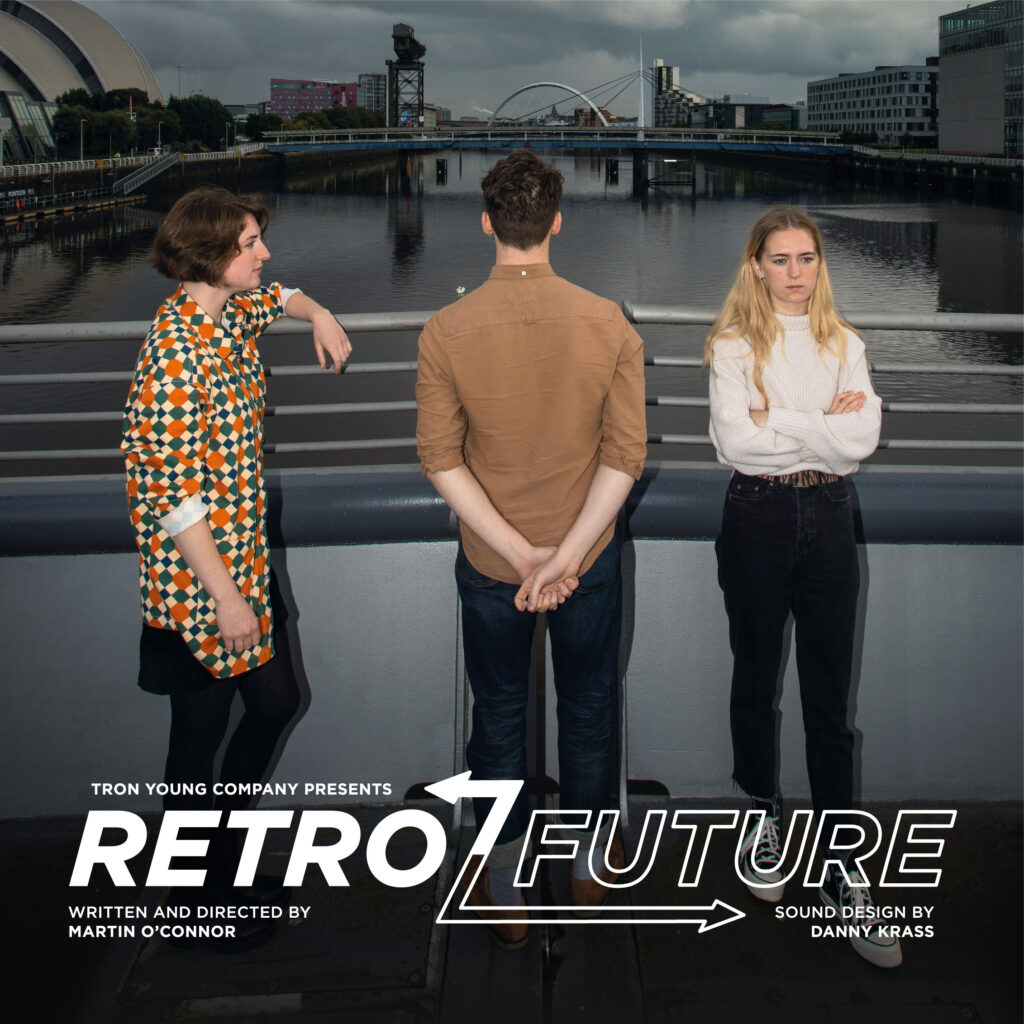