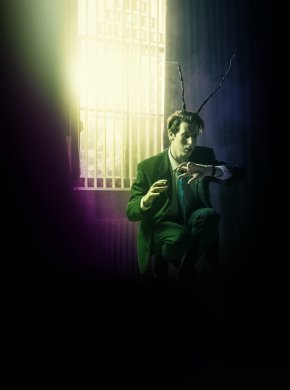 The Metamorphosis is the story of an ordinary man who wakes up one morning to find he has been transformed into a giant insect. He soon begins to realise he's got bigger problems than being late for work. Unable to keep his bizarre condition secret, his family, shocked by the changes they see in their son, barricade him into his room, unwilling to accept that somewhere inside this behemoth of a bug is their son.

'rare and marvellous...with Kenneth MacLeod's multi-layered set conjuring up all kinds of theatrical magic.' **** The Scotsman on The Dark Carnival (2019)