Silent Uproar presents
Thank You For Doing Nothing 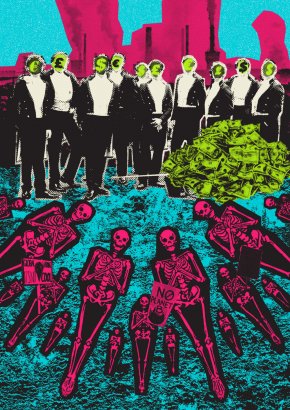 'The year is 2099 and everything is f*cking brilliant… If you’re a god damn winner.'

In the near future so called 'global warming' has apparently affected most of Britannia’s drinking water - if you want to believe the opinions of 99% of experts and their so called 'science'. But fear not; our hero, and lobbyist for the Big Water Corporation, Molly Pazgan is here to tell you that everything is fine. This satirical musical is a hilarious night out like no other, exploring the climate emergency and the men that profit from it. Multi-award-winning Silent Uproar are back after their critically acclaimed national tour of A Super Happy Story (About Feeling Super Sad) by Jon Brittain. Silent Uproar create new shows inspired by movies, comic books, and big ideas to make the world a little bit less sh*t.