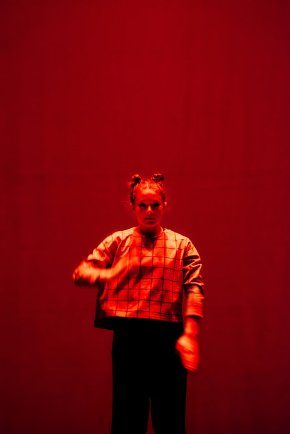 'History does not repeat, but it does instruct.' Timothy Synder

Inspired by the rise of tyranny in Western politics, this darkly comic and unnerving production looks at a city being consumed by a new regime, NoMa. This is a visually-striking, overpowering, and claustrophobic investigation into how regimes can manipulate populations, and how active citizens can disrupt those patterns. Bandwidth is a new collective which places direction, design, and text as equal instigators of original new work co-created by Nicholas Barton-Wines, Kenneth MacLeod, and Laurie Motherwell.

Concessions are not available for this event