A Vague Recollection of a Show
UK PREMIERE 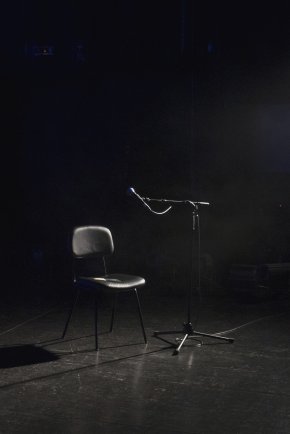 Common Sense – a vague recollection of a show is a poetic and visual work, where the audience embarks upon a journey with a writer as a new work is created in front of their eyes. Playing with ideas of the memorable and theatrical, it asks questions of theatre being commonplace and transmissible, and through its humour and boldness, playfully interrogates the theatrical experience itself.

This dynamic production from Portugal has already been performed in Germany and Belgium and this performance is its UK premiere. Performed in English.